Dibutyltin neodecanoate is a liquid organotin with a yellowish color and characteristic smell. It does not hydrolyze and is only slightly miscible with water.

As a catalyst, it can be used, among other things, for polymers: several polyurethane-based systems use DBTND for applications such as flexible hybrid foams or solid polyurethane foams. It can also be used in adhesives and casting resins to catalyze curing. A concrete example of this are hardening agents used with wall plugs.

Another possible use is that as a curing catalyst is in acrylic resins, as used in 2-component mortars. The catalyst cross-links the resin which, together with quartz sand, forms a solid, resistant mass which is initially still malleable and with which defects can be repaired.

Its catalytic properties also open up the possibility of using dibutyltin neodecanoate for the process engineering processing of silicones in sealants.

Finally, there is the stabilizing effect that DBTND has in polyvinyl chloride plastics (PVC) to protect them from decomposition and damage from UV radiation. 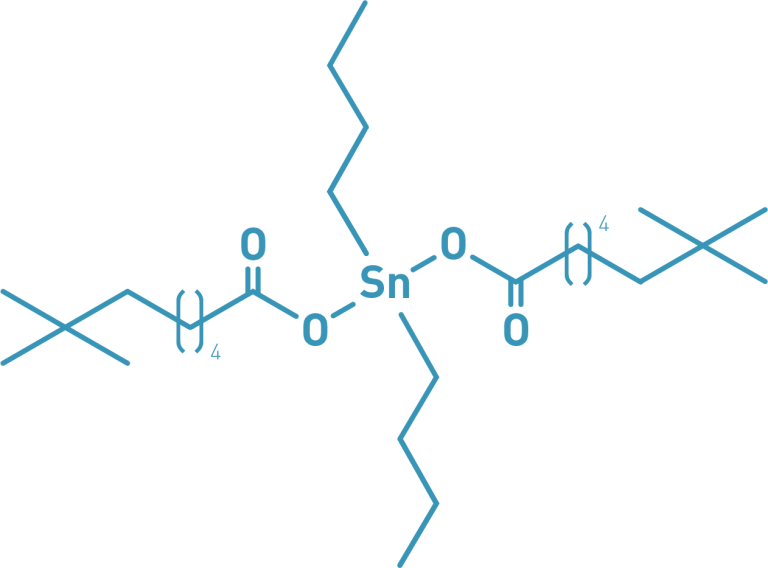 Dibutyltin neodecanoate should be stored in containers that are well sealed and store in a cool and dry place. Good suction or ventilation must also be ensured. Avoid aerosol formation.