DDibutyltin bis-ethylhexanoate is a tin-organic compound: a solid white powder that is stable at room temperature and can be dissolved in mineral oils, ketones and xylenes. Dust formation should be avoided.

Dibutyltin bis-ethylhexanoate is used as a catalyst for silane-silanol condensation reactions in silicone materials (it can even be called a classic silicone catalyst) and as a crosslinking catalyst for the synthesis of polyurethanes. DBTEH can also be used for the preparation of polyurethane prepolymer compositions, in which the components of the plastic are already polymerized in order to shorten the actual reaction later. They then form viscous PU units that have not yet reached the stage of strength.

Further applications are generally found in the catalysis of polymerization reactions as well as a process additive for lubricants. The stabilizing properties of dibutyltin bis-ethylhexanoate are used in PVC plastics, which thus become more weather-resistant. 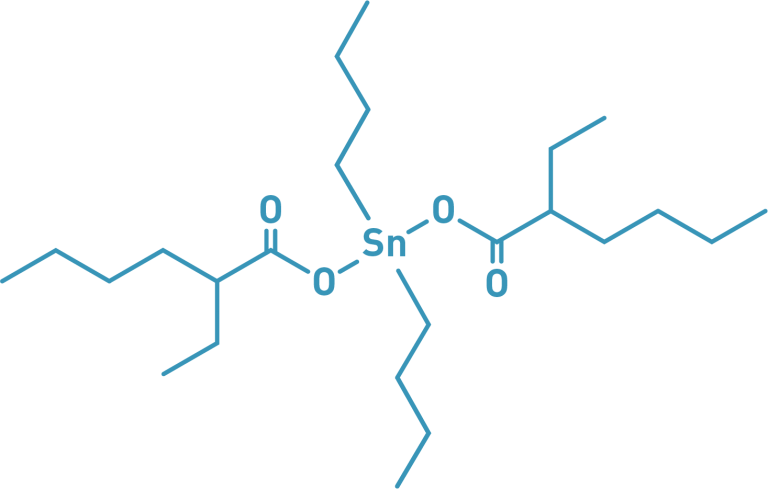 Strong heat should be avoided, as should rooms that are too small. Ensure good ventilation and avoid dust formation. The usual precautionary measures for handling organotin compounds apply.